Microsoft to expand iOS buyback program to include iPhones 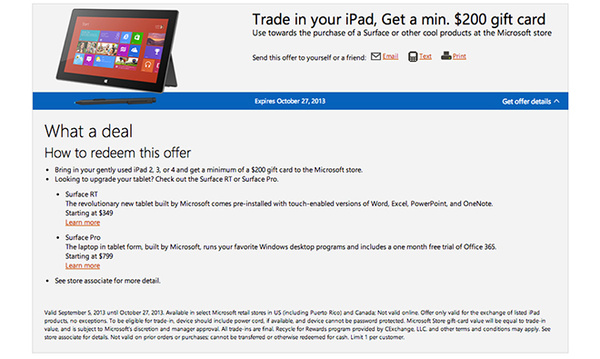 Earlier this month, Microsoft began offering a buyback program for iPads, giving consumers at least $200 in store credits for used tablets.
It appears that now the company is expanding that buyback to iPhones.

Just like the iPad, Microsoft will offer at least $200 for working, used iPhones.

Microsoft Stores in the U.S. and Canada will offer the credit for iPhone 4S and iPhone 5 devices.