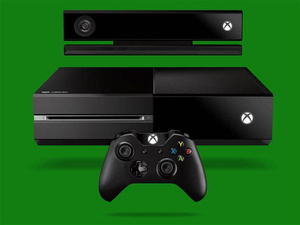 Microsoft has set up a new gaming cloud division late last year, and according to The Verge, the company's new team is readying for a future of gaming in the cloud.
Microsoft of course is not alone in its strategy. Gaming from the cloud has been a big focus of Sony's after it bought Gaikai in 2012 for $380 million. Gaikai of course is one of the prominent cloud gaming developers and service providers.

With Gaikai's technology, as is probably planned for the Xbox Cloud, or whatever it will be called, allows gameplay by streaming the content from the cloud servers. That allows most of the heavy lifting to be done by remote computers and the client itself can remain agile, if you will.

Thus for example smartphones and tablets are able to provide gameplay that otherwise wouldn't be accessible with performance levels provided with mobile technology. Sony calls this feature PlayStation Now.

Nvidia believes in the same type of future as well. Their service, called GeForce NOW, is currently looking for beta testers for Mac, and is available for PC users as well.

Microsoft's Kareem Choudhry says they are looking to bring entertainment to all 2 billion future gamers, no matter the platform.

I'm beta testing the GeForceNOW and it's phenomenal! I have only had 1 disconnect in the 30+ hours I've played on it and it streams games from your "cloud rig" at 1080 and with very few flaws. Occasional millisecond distortion from time to time but gone within a second. As an I.T. pro, like others, I'm particular about the success of the tech. I didn't think this would be that great but I was wrong. GeForceNOW is indeed outstanding in both theory and practice.

MS is too late for this plus, they've damaged their gaming rep beyond repair by pumping great games onto a shitty, closed, limited platform that is Windows 10 Store "games". I wouldn't trust MS game-related ANYTHING going forward, nor would I ever buy or put faith into MS hardware ever again. Surface Pro, Surface Book, Precision mouse..........all absolute crap with way too many reported problems that surpass the 21% mark of failure.