Europe's GPS alternative has been down for days 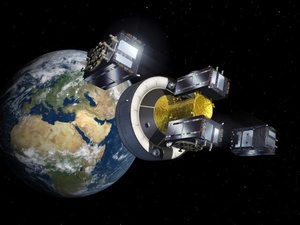 When people talk about satellite positioning systems, they usually refer to GPS. GPS is of course the US government owned venture that stands for Global Positioning System, but it is not the only game in town – or on earth rather.
Many of the positioning application we use gather information from several different satellite systems in the GNSS (Global Navigation Satellite System). One of them is the Russian developed GLONASS and another one is EU's own Galileo.

However, the latter mentioned has had some troubles lately, and might have not been much of use for you and me. According to a website that is portraying the status of Galileo system reports that all the satellites in the constellation are "not usable", "not available", or "testing."

The satellites themselves are still in orbit and probably working fine, it is the earthly infrastructure that has failed us and been down since Friday. Thus many of our GPS devices, like our smartphones, have had to recently rely on non-EU GNS partners.

One might conclude that Galileo isn't exactly the most reliable of the GNSS providers but that is completely understandable since it is still largely in a pilot phase. EU is aiming full operations to begin in 2020.