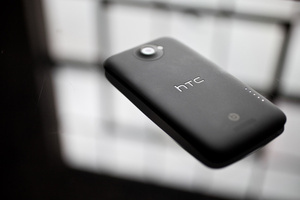 After a rough year for sales, HTC seems to be fighting back with some new, powerful flagships.
One of the most rumored devices is the upcoming M7, which should be the first with a new "simple and clean" UI, most likely HTC Sense 5.0.

In cleaning up the normally bulky HTC Sense, the company has supposedly given "the lock screen and HTC apps a huge facelift and HTC has tweaked the software to make it easier to use. One example of these new tweaks is the on-screen volume controls which features a shortcut that jumps directly into the phone's volume settings page," according to HTC Source.

On the design side, the M7 will have a black shell similar to the recently released DNA and a "very nice looking beveled edge" alongside the screen.
Tweet
Tags: HTC Sense Smartphone Quad-Core m7
<The 'Dandroids' were Android's original (but temporary) mascots >Review: The Google Nexus 4
Previous Next Write a comment
Comments have been disabled for this article.