Our dear website, AfterDawn, officially launched in 10th of June, 1999. To celebrate our 20th anniversary, we start a year-long project to look back what news we covered back in 1999 - 2000. We'll publish these collections once a month, covering a month years earlier on, with modern perspective on events happened back then.
At this point, it is also time to remind you, our readers, that AfterDawn didn't start out as a "general tech website", but instead, our core focus was on digital audio technology (MP3s, most notably, and how to encode, edit and play them) and digital video. As the decades have passed, our focus has also changed to cover other things. But during these first years, it was all about digital audio and video.

And yeah, we didn't produce many news in our early days, as AfterDawn's original idea was - and still is - to be a "portal" where you can get various types of information. Back in 1999, that meant we published guides, news and software downloads. But hey, we also provided free hosting for independent artists' MP3 tracks and, at some point in time, offered a quite large collection of WinAMP skins for users to download.

And damn, our news articles weren't too long, either :-)


In June, 1999, we covered handful of major software updates in our news. One of those was a recent update to a CD audio ripper program called WinDAC. As the name implies, the Windows-based software was meant to copy the contents of an audio CD to a PC hardware. Back then, this was done by storing the data in WAV format, which user later could edit and compress (encode) to a smaller format, such as MP3.

Looking back, the need for a CD ripper software started to wane quite rapidly sometime around 2005 or so, when the P2P networks provided readily-ripped versions of virtually all CD albums ever published. So, why bother ripping your own CDs, when you can simply download a copy? That was probably the reasoning for most people. 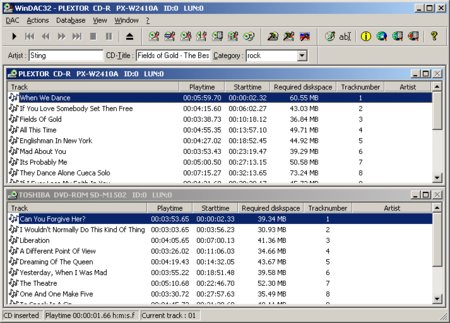 
Last blow was delivered by the recording industry when they finally understood what people really wanted: An easy access to (virtually) all music, with a flat fee. The advent of Spotify et al basically killed off the need for mainstream to ever use a CD ripper software.

The development and support for WinDAC officially ceased back in 2011.

AfterDawn used to host a copy of WinDAC on our software section, but as European Union Copyright Directive was adopted by Finland back in 2006, we had to remove WinDAC and tons of other guides and tools that allowed circumventing copy protection mechanisms found on CD discs back then. As a far as we know, somewhere in the depths of the Internet, there's still a torrent file, containing all of our removed material from those early years.


With DVD movies, there's a one big problem: Consumers tend to buy them only once. Furthermore, back in 1990s, movie rental companies such as Blockbuster were a major force in movie business. To counter both "problems", movie studios invented a new DVD-like format called DIVX.

The format basically aimed to replace movie rental chains. One DIVX movie disc used to cost much less than a same DVD movie. But the DIVX came with a catch: Once you bought the DIVX movie, it was good only for 48 hours. If you wanted to re-watch the movie after that, you had to pay a fee to activate the disc again.

Well, consumers didn't exactly love the idea and forces behind this twisted DVD experiment decided to end the experiment. So, the death of the much-hated DIVX format arrived already in June, 1999.

As a fun fact, the nowadays-better-know format called DivX (note the capitalization of letters..) was originally born as DivX ;-) (with a smiley face) - a format made by movie pirates, for the movie pirates. DivX ;-) was originally an unauthorized hack of MPEG-4 video format and it was purely aimed to create a format that allowed smaller filesizes, with decent quality, for sharing ripped movies illegally over the internet. Sure, it had zillions of legal uses, too, and it was a perfect way to boost the video encoding to next levels.

But even the format's name is a joke, aimed towards failed DIVX format.


Back in 1999, there wasn't such a thing as a smart phone. Nope. Phones were dumb. And those without wires were mostly used by people in Nordics. But no, no smart phones.

But there was something that resembled modern smart phones: PDAs. Basically they looked quite a lot like modern smart phones and worked pretty much like them. You could install new apps, most of them had a full-body touchscreens, etc. The main difference with PDAs and modern smart phones was the connectivity: PDAs usually had to be connected to the Net through a cable that was hooked to a Windows PC. Later down the line, we got PDAs with WiFi capabilities, but they never really matured into phones - instead, phones adopted stuff from PDAs and destroyed that market.

Anyway, back in 1999, PDAs were pretty common in company board rooms and among most enthusiastic geeks. They had nice capabilities, such as calendars, some games, etc. But the one aspect that interested us the most was their ability to play MP3 music.

Now, you have to remember that stuff like Apple iPod wasn't released until 2001. This means that devices capable of playing back MP3s that you could carry with you, weren't all that common yet. And to imagine a multipurpose device that could do that trick, too, was pretty sweet.

To cater for the need, IBM launched a CompactFlash-sized hard drive back in June, 1999. The inch by inch -sized HDD had a maximum storage capacity of 340 megabytes, taking the storage of a portable device to a completely new levels. 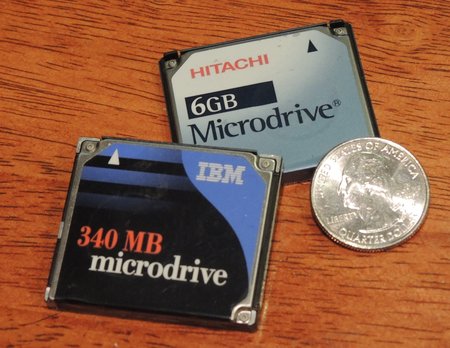 
The 340MB model did cost $99, but back then, that was a very cheap price, considering the storage capacity it provided. Sure, the HDD was slower than CompactFlash memory cards, but it didn't matter for stuff like MP3 playback.


Another software update worth mentioning in our news, was the release of Power Ripper v1.16. Just like the WinDAC mentioned in another article, Power Ripper was a software for Windows PCs.

Software did the same for DVD movies what WinDAC did for audio CDs: It allowed copying the contents of the disc to a PC's hard drive. It didn't have built-in capabilities to compress/encode the format for more suitable format (remember, back then, even the PC storage was expensive, so storing full-blown DVD movies in your HDD wasn't exactly an option). Instead, Power Ripper allowed user to easily use other tools to do the compression of the files, once ripped/copied to the hard drive in "pure" format.

Power Ripper's popularity faded quickly in new millennium, once easier and better tools for ripping DVDs became available. And, just like with WinDAC, the new inventions eventually killed it off: Firstly, the increased speeds of the Internet connections worldwide and the rise of the P2P networks meant that movies could be downloaded (illegally) from the net. Thus, the hassle of ripping the movies on your own, was bigger than downloading the movies - this started happening sometime in 2004 - 2008, depending on how Net speeds improved in each country. Furthermore, the rise of players like Netflix diminished the need for DVD ripping, as there was plenty of material to be watched legally via online services.

So, Power Ripper vanished due three reasons: better tools came to replace it, P2P networks made it easier to pirate the movies than to copy them and lastly, legal services improved.

As with WinDAC, we did host a copy of Power Ripper on our software section until end of 2005, when EUCD forced us to remove it from our site.

And, of course... AfterDawn was launched


If you go back and browse our news archive for June, 1999 you can see that there weren't all that many news back then. But we had just launched our site - a hobby site back then - and its development took most of our time back then.

But yeah, the important thing happened: Our site, AfterDawn was opened in 10th of June, 1999.

Here's the oldest known screenshot of our website, from July, 1999, about a month after the site was officially launched: 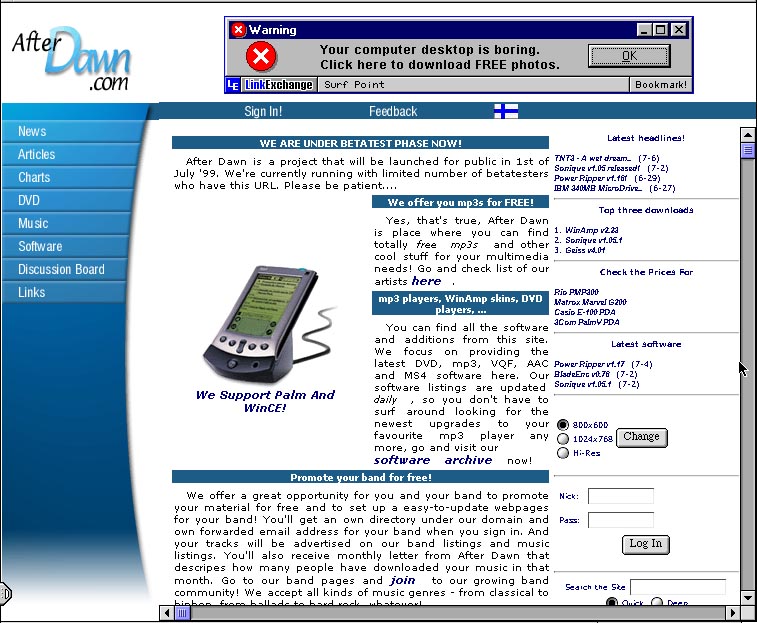