CableCARD is a technology that uses a PCMCIA form-factor card to allow decryption of QAM channels from U.S. Cable Television providers. The card allows a HDTV or Set-Top Box to perform many of the same functions as a standard digital cable receiver, including some recording features. 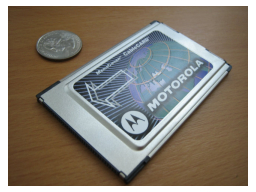 CableCARD 1.0
The current CableCard 1.0 specification that's implemented across the United States doesn't allow certain interactive features, in particular use of Video On Demand (VOD) features, to be controlled by a TV or DVR.

Legislation
By law all cable U.S. cable television providers must provide compatibility with the CableCARD standard, and also the CableCARDs themselves for customers (in place of standard digital cable receivers). This includes AT&T's U-verse and Verizon's FIOS services, as they're legally classified as cable providers.

CableCARD Support
Currently there is no support for CableCARD among computer peripherals. While QAM tuners are available, only channels broadcast "in the clear," with no encryption, can be decoded. Set-top boxes, including TiVo, have been certified for CableCARD support, and offer an alternative to using a cable company provided DVR. Some HDTVs also feature CableCARD support, but due to the lack of Video On Demand control this is currently not a particularly useful option unless the TV also has DVR functionality.

CableCARD In The News