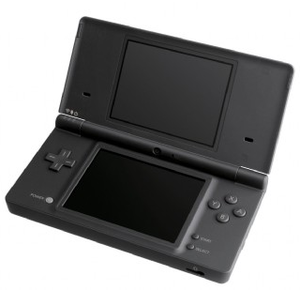 The Nintendo DSi is the latest addition to the DS family, following the DS (fat) and DS Lite.

The major changes to the handheld are the removal of the GBA slot, and the addition of two interactive digital cameras. The DSi also adds an online Nintendo DSi Shop and an SD memory card slot for downloadable content and movies and music.

DS stands for dual screens, one of which is touchscreen.

The updated handheld was released in Japan on November 1st, 2008 and later in the EU on April 3rd, 2009 and finally in North America two days later.

Overall DS, Lite and DSi sales are over 110 million, with about 15 million of those sales expected to be from the DSi. 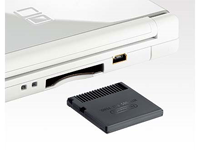 For games, the DSi still uses cartridges just like all of its predecessors but they have been redesigned and are much smaller and thinner and can hold more data.

Unfortunately for Nintendo, because they still use cartridges, roms are a big threat. "Dumps" of these games can be found circulating on the Internet and so far there has never been a protection that has stopped hackers from making full game images of games and releasing them. Many believe the new DSi was created for DRM purposes, however DSi flash carts are available and work just as easy as before


The addition of cameras have added new dimensions to gameplay as well as "fun factor" and sales continue to grow.

Nintendo is home to many huge franchises as well, most notably Mario, Zelda and Donkey Kong and has used the everlasting popularity of those franchises to score hit after hit for the console. The highest selling game, Nintendogs, has moved 30 million units since its release.

Nintendo DSi in the news

DSi sales pass 3 million in Japan - According to figures published by Enterbrain, Nintendo's DSi handheld console has sold more than 3 million units in Japan since its launch in...(6 August 2009)

DSi sales break April record - According to NPD's recent April US sales figures, the Nintendo DS family set a new hardware record for the country with 1.04 million units sold...(15 May 2009)

Nintendo launches DSi, DSi shop in Europe - The much anticipated DSi handheld console has launched in Europe today, and with it comes the launch of the DSi Shop. There are five games... (3 April 2009)

Nintendo announces DSi in Japan - Nintendo has officially confirmed the launch of the DSi, an upgrade to the current DS handheld line (2 October 2008)