The Red Dot of Death is a name given to an error display present on an Xbox 360 S (slim 250GB model) indicating a problem with either hardware or ventilation. The Red Dot of Death, or RDOD, should not be confused with the Red Ring of Death (RROD) which plagued many pre-slim versions of the Xbox 360 console. Technically, the Xbox 360 S cannot ever show an RROD error, which might come as a reflief to some.

An article on Xbox.com explains an error with the Xbox 360 console with the symptom: "The light in the center of the Xbox 360 S power button blinks red." Along with the blinking red light, an onscreen message is also displayed declaring, "The Xbox 360 is shutting down to protect the console from insufficient ventilation. You can turn the console back on after the power light stops flashing." When the console is rebooted it might also display on-screen instructions to avoid having this problem in future. 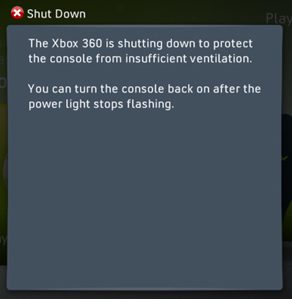 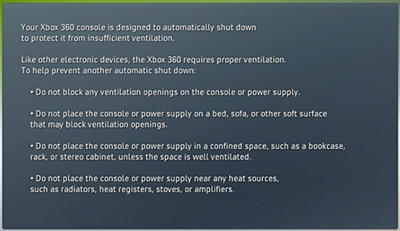 The Xbox.com article suggests moving the Xbox 360 console to a well ventilated area, and not storing it in cramped up conditions that might effect the flow of cool air. If all other solutions fail, the article gives the user instructions for getting the console repaired at Microsoft's service centers.

Not long after the Xbox 360 S went on sale, the first pictures of this error in the wild came along. The following picture was posted at NeoGaf along with another picture of the on-screen message. 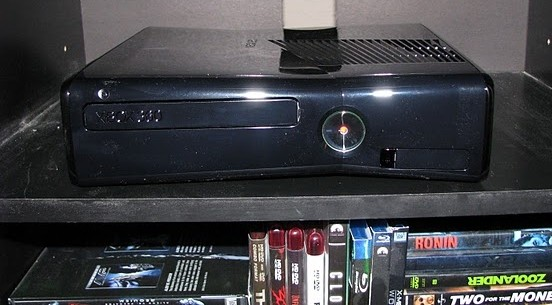