The Conax CAS system is a Conditional Access System used with digital broadcast television to protect TV content from unauthorized viewing by non-subscribers (or similar situations). It is developed by a Norway-based company of the same name. Conax is a pioneer in its field for settings a standard for a conditional access system, and also for the use of Smart Cards in the process. Conax CAS 5 is compatible with standards such as MPEG-2, DVB Simulcrypt, OpenCAS, Docsis and DVB Common Interface. It's support is found in a large number of set-top boxes and other similar hardware. Conax CAS 7 is the latest Conax, still considered fully secure (not implying that CAS 5 was insecure). 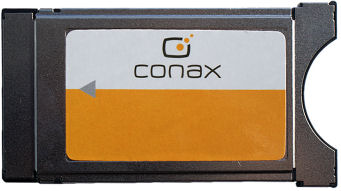