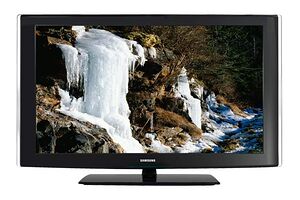 Video material produced in wider aspect ratio than the standard TV ratio (4:3, or 1.33:1) is commonly referred to as widescreen video. In general anything with an aspect ratio above 1.66:1 can be considered widescreen.

The most popular Aspect ratio (AR) for widescreen is 16:9 and is also commonly referred to as 1.78:1 or simply 1.78, in reference to the width being approximately 1.78 times the height. When a HDTV display is referred to as Widescreen it almost always implies this AR.

Source AR
Even though most widescreen sources have an AR either narrower or wider than 16:9, they're generally encoded to fit into a 16:9 Frame in order to display properly on a widescreen TV. This may result in black borders being added to reach the appropriate Resolution or the edges of the frame being cropped. A combination of both techniques may also be used. If the video is being played on a PC or DVD player with supports for a format like MPEG-4, the player may not require the extra borders to display properly.

Anamorphic
Although most high definition video is encoded for display with a 1:1 Pixel Aspect Ratio, when it's encoded for a format like DVD, where 16:9 images are stored in the same resolution as 4:3, Anamorphic encoding is used. When displayed on a widescreen (16:9) display this results in the image being stretched horizontally to fill the screen. When the same image is displayed properly on a 4:3 TV it will be compressed vertically instead, once again to maintain the PROPER AR.

Letterbox
When black borders are added to the top and bottom of an image because the source AR is wider than 16:9 this is known as Letterbox encoding. Although the term is often associated with encoding widescreen video in a 4:3 frame, it's also used when encoding most widescreen films. Widescreen video intended for HDTV playback usually has a native AR of 16:9, meaning it doesn't have to be letterboxed to fit a 16:9 frame. 1.85:1, a common widescreen film format, may also be encoded without letterbox borders, either by slightly stretching the image or slightly Cropping the sides. If you're bothered by black borders during playback your 16:9 TV should have options to stretch or zoom the video to fill the entire screen.

Pillarbox
Unlike widescreen sources, fullscreen (4:3) sources are much narrower than a 16:9 display. This is also true of some widescreen film, most commonly when it has an AR of 1.65:1. Sources with aspect ratios narrower than 16:9 are usually encoded with black borders added to the sides. This is known as pillarbox. Since all HDTV broadcasts have a widescreen AR, this is the proper way to Encode fullscreen video for HDTV.