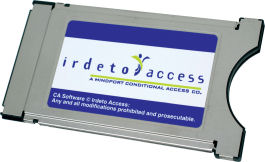 Irdeto technology is used to tackle TV piracy around the globe. Irdeto 1 is the original encoding system offered by the company, and in 1999 it was compromised and considered unsafe for broadcasters to use for protection of their services. It was replaced with Irdeto 2 afterwards.