TV Lines are the standard measure of an analog TV's Resolution. Rather than represent discrete locations on a grid, as Pixels in a digital Frame do, TV Lines indicate the maximum number of identifiable changes that can be produced along a single (horizontal) Scanline of an analog TV. Much like film, where Visual Resolution is measured in Line Pairs, for analog TVs, the number of black and white (vertical) lines that can be seen on the screen at the same time is used to determine TV Lines. However, unlike film, the number of individual lines is used instead of counting each pair of black and white lines together. If you wanted to compare the Visual Resolution of film and a TV you'd need to divide the number of TV Lines in half to find the number of Line Pairs. 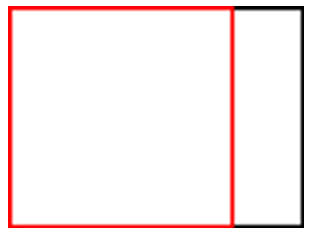 Video Capture
When capturing analog video you may have a choice of resolutions. According to the Nyquist-Shannon Sampling Theorem you need to sample at slightly more than twice the analog waveform's frequency. For our PAL signal the frequency is 5MHz, so we should sample at more than 10MHz. Since each pixel is a sample that means a resolution wider than 520 pixels. 720x480 (NTSC), 720x576 (PAL), and 640x480 (square pixels) are all common Capture resolutions this is no problem.